This is a class photo from a school of some sort. The man on the far left in the middle row is Ernst. (There is an “X” scratched onto his chest.) Click for a larger view. And, yes, the man on the right is holding a skeleton! 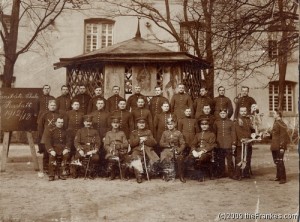 A class picture from a navy school.

In 1910-11, Ernst was stationed on the warship Gneisenau, and took a trip from Germany to the Far East. I have a chart from that trip that shows exactly where the ship traveled. I wasn’t able to scan them in because they are too large, but I did photograph them and create a composite image. It’s not perfect, but you get the idea. You can click for a slightly larger view.

Attached to the back of this chart was a port map. It’s also a composite photograph. 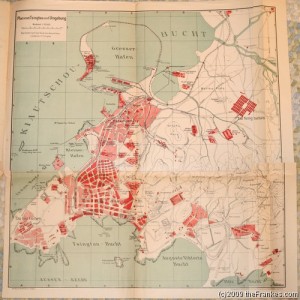 Among his other souvenirs from his days in the German Imperial Navy, Ernst had a book of about 160 pages about the Navy and its history. Part of that history might have been near to his heart:

Roughly, “Known is the voyage of the Franks, who, when relocated to the Black Sea by Emperor Probus, procured ships and then robbed and plundered their way through the Mediterranean, back to their home on the Rhine (AD 280).” 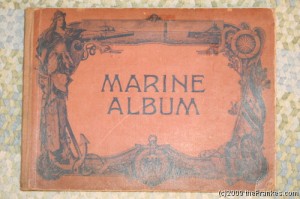 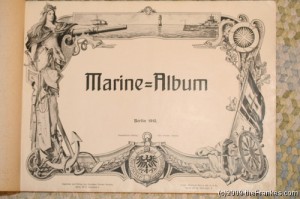 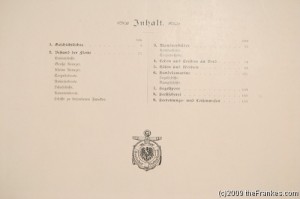 This one was particularly interesting. Click for a much larger view. 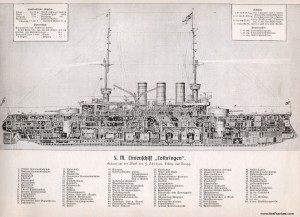