You are currently browsing the archive for the Odds & Ends category. 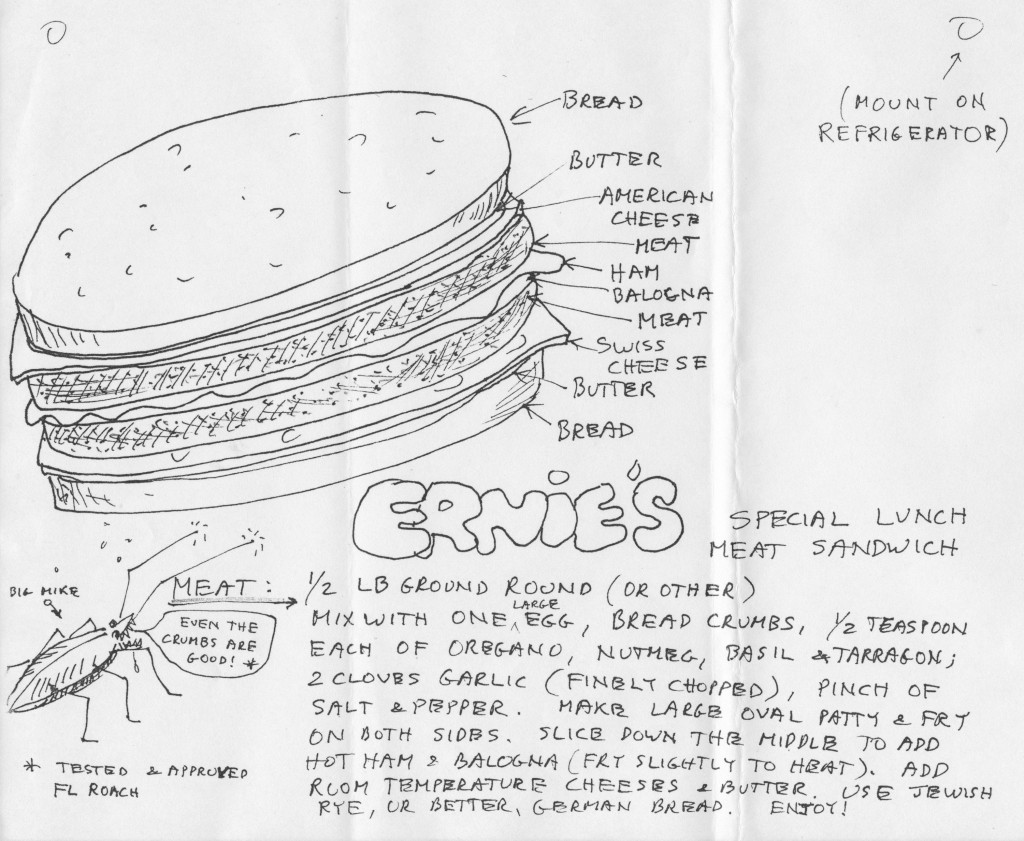 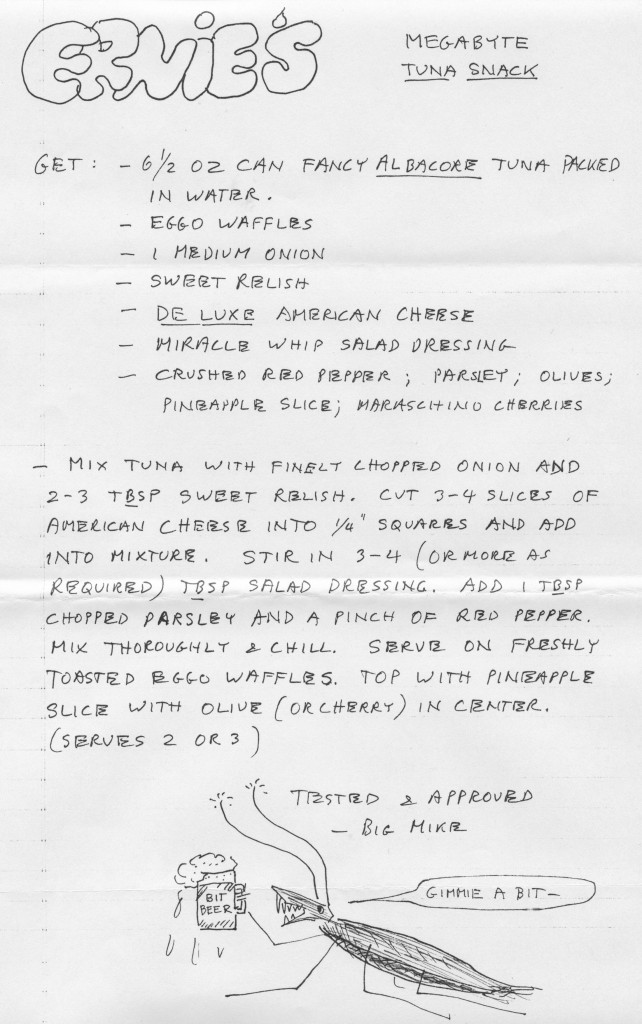 Ernie’s Magnificent Chicken Kiev (for one) 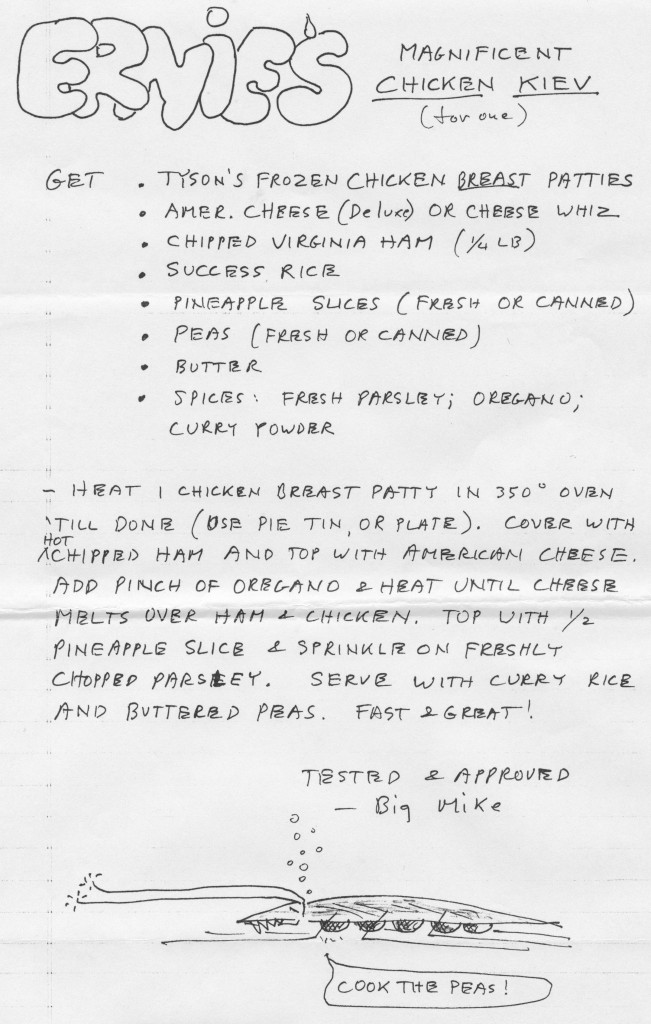 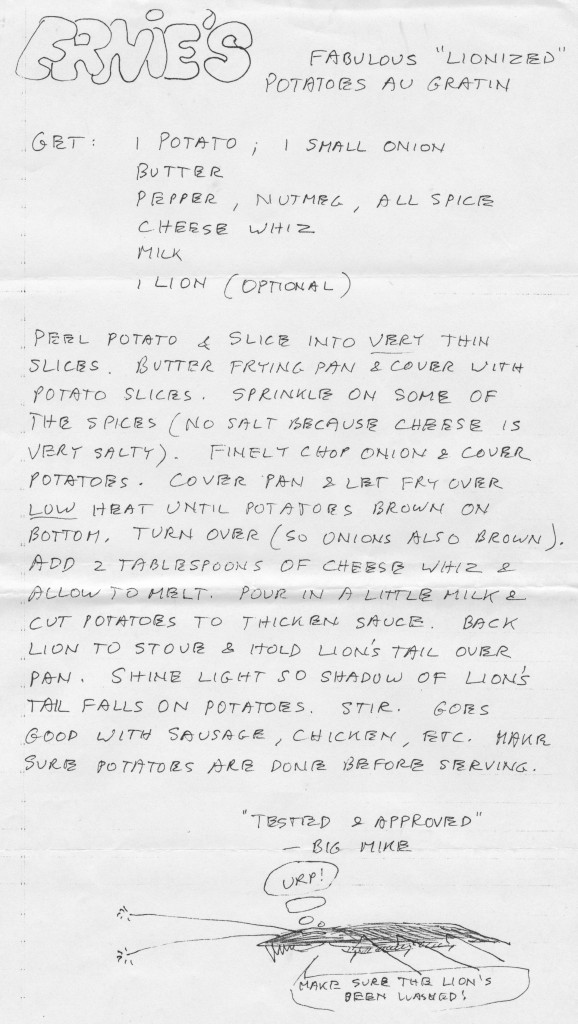 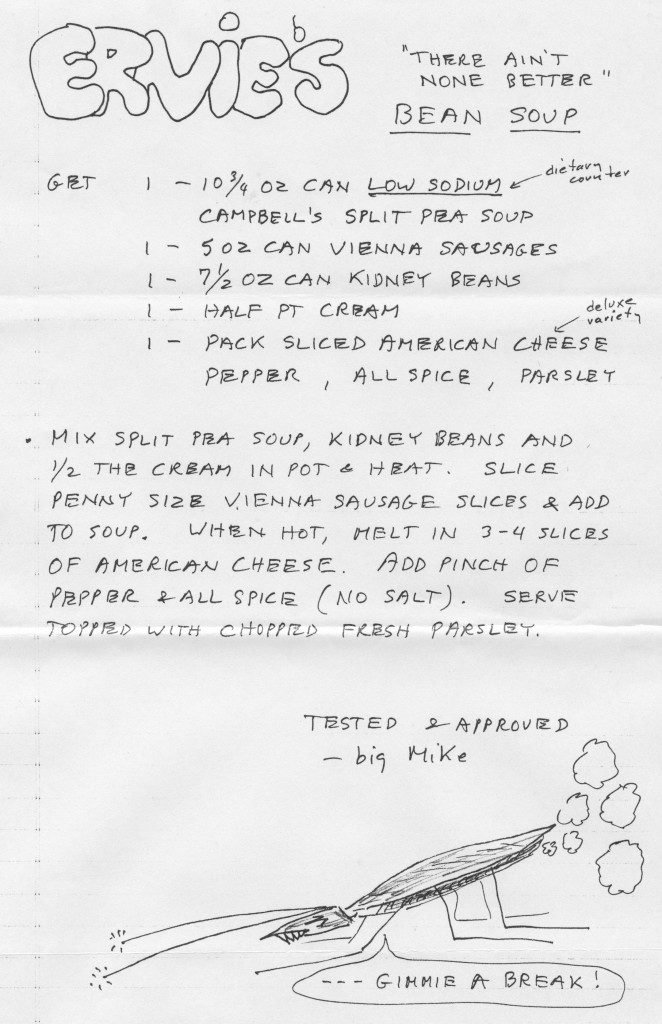 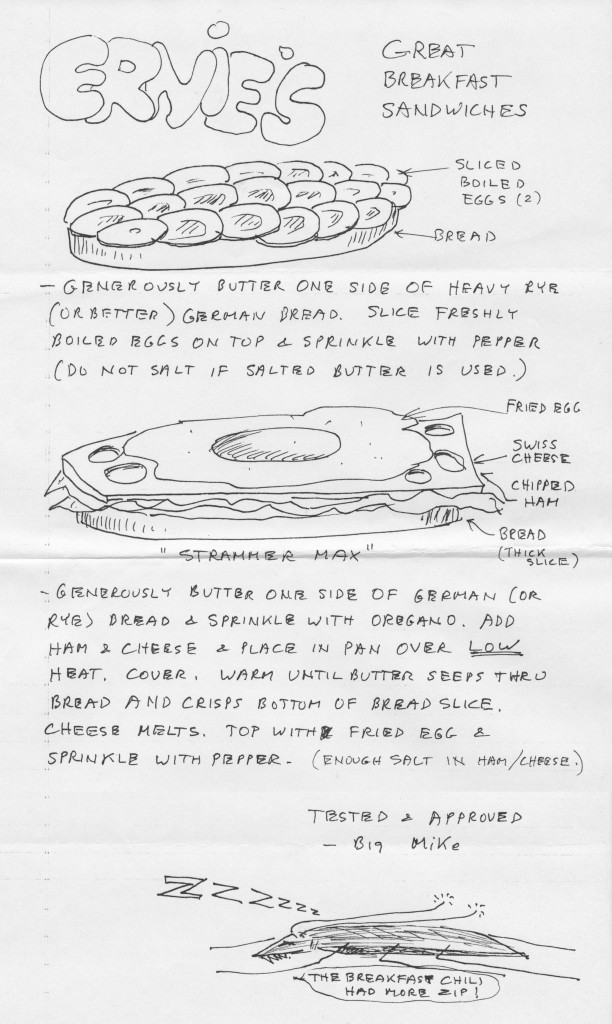 This all-team email went out three days before the third club meeting. In this case, the older club members (and most of the primary leads) were going to be on an out-of-town field trip, causing them to miss the meeting.

The 5th graders will be on a field trip on Friday, so we will meet in [new location] this week. Many of you have been hard at work toward our common goal. By Friday, I believe we’ll have parts lists for almost all of the major subassemblies of the printer, a membership list with privacy information, a general accounting ledger, and even some great progress on the blog front. We’ve even gotten a couple of parts in the mail already!

Meantime, I wanted to share with you a diagram I made that illustrates many of the parts of the printer we will build. Please review it (or even print it out, if possible) so that you can familiarize yourself with the various parts of the machine — if any of your friends ask what you’re building, you can tell them it’s a “Cartesian robot.” It’s “Cartesian” because it has an X, Y, and Z axis, and this coordinate system was invented by a smart man named René Descartes in the 1600’s. It’s a “robot” because it’s a mechanical machine that’s guided by electronic circuitry and a computer.

You’ll learn more about these parts as we move along. 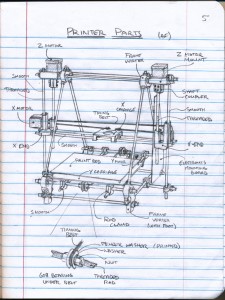 Illustration of 3D printer parts. Click for a larger view.

The 3D Printer CLub was announced to day at an all-school meeting to great interest and enthusiastic applause! The promotional video was shown, and many of the scenes with 3D printed objects got oohs and ahs. The director of the school came up to talk a bit about the club idea, and the kids seemed particularly excited about the “pay it forward” component, reacting with cheers and applause. By all measures, it was a great success!

The meeting we had scheduled with the director before the first break was unfortunately postponed, and we wanted to keep the energy and interest alive. To do this, we created this short promo video (complete with an out-take at the end!) to help explain the 3D printer club idea. The kids in the video wrote the script and even planned out the “Easter egg” scenes. (Click the “CC” button if you don’t see the closed captions — it may make it easier to understand.)

The video was shot and edited entirely with an iPad, and so we didn’t have a lot of detailed control over the sound.

Here’s a cute google eyes bookmark we made for the kids. It’s a pretty quick print and would probably made a great 3d printer demo print. It was created entirely using OpenSCAD.

You can find the STL here on thingiverse: http://www.thingiverse.com/thing:29564 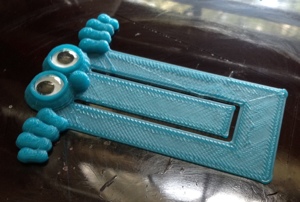